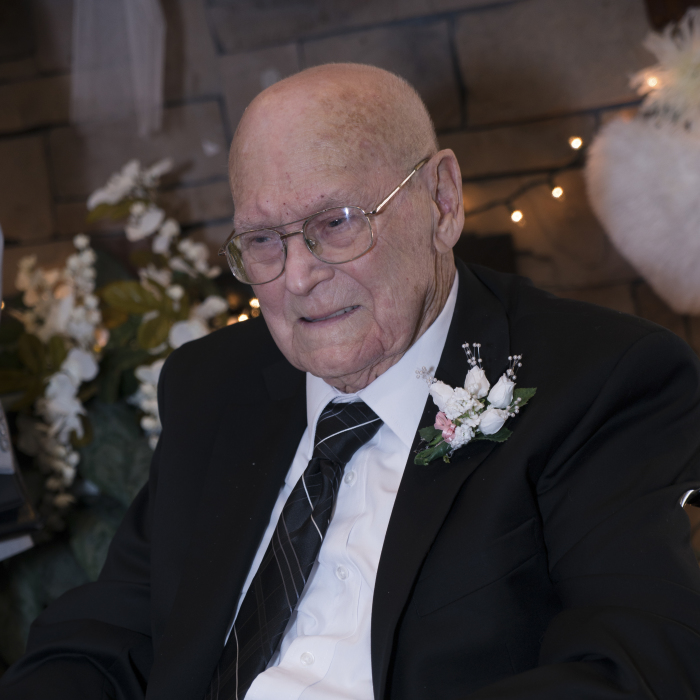 Gene was born and raised in the Chattanooga area. He proudly served in the US Army during WWII. Gene’s military service included time in the South Pacific where he was part of the occupying forces in Japan. He retired at the age of 62 after working for Williams Electric for many years. Gene was a member of the IBEW since 1952. He was a hardworking and creative man having built a one-man helicopter and learning to dance in his later years.

Funeral services will be held Saturday, April 4th, 2020 at 4pm in the South Crest Chapel for family only.

Webcasting is available to view the funeral, please visit: https://oneroomstreaming.com/family-and-friends

Condolences may be sent to lane-southcrestchapel.com

A private family visitation will be held Saturday from 2-4pm in the South Crest Chapel of Lane Funeral Home & Crematory, Rossville.

Message from Ron Williams, Jr.
April 11, 2020 9:08 AM
God bless you Gene and family. You are missed old friend.
I had the pleasure of working with Gene. He was a hard worker dedicated to his craft. My late father (Ronnie Williams) and I both had a tremendous amount of respect and admiration for Gene.  Rest In Peace my friend
Message from Sandy Watkins
April 24, 2020 10:33 AM
Thank you so much for your comment.
Message from JOHN Tilley
April 4, 2020 7:01 PM
Going to miss you Gene. Love ya buddy. Till we meet again. Fly high
Message from jackieallison70@yahoo.com
April 4, 2020 3:57 PM
We love you Gene
Message from Andrea Brauer
April 4, 2020 3:45 PM
I will always remember Pappaw's sweet laugh and smile.  He made me feel loved, and I will always remember fun times visiting him and Granny in Georgia.
Message from Sandy Watkins
April 24, 2020 10:34 AM
Thank you dear sweet Andrea, your were a special granddaughter.